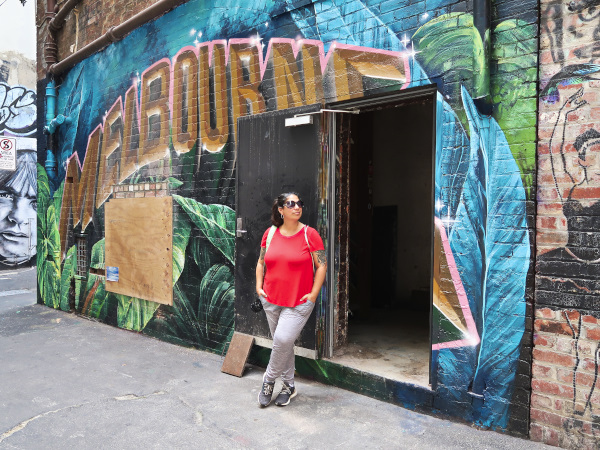 After spending 3 months in New Zealand, Melbourne in Victoria, Australia was the start of our journey.

We wanted to spend a few weeks here, learn about the Coffee Culture in Melbourne, buy a Campervan, play golf and plan the start of our road trip. We were excited and looking forward to the journey ahead.

In Melbourne, we also had plans to get together with some awesome people that we had met via our Instagram account @putteringaroundtheworld.

While Sightseeing in Melbourne, we went on a free walking tour of the city and visited the State Library Victoria and some different neighborhoods.

After the New Year we continued to our next state, New South Wales.

All roads lead to Victoria

Little did we know at the time how much the world would change in just a few months. COVID-19 hit, and nothing was the same as it was before. Unplanned, we would return to Victoria several times.

Our first return trip back to VIC was from South Australia. A corona case had occurred in SA, and the state decided to go into a lockdown at midnight. Crossing the border well before midnight, we drove back to Melbourne, where we stayed for two weeks before we were allowed to travel to Tasmania, where we spent almost four months.

After Tassie, we returned to Melbourne for a few days to play golf before continuing our trip via the incredible Great Ocean Road.

Back in SA, combined with several Housesits, we explored the Fleurieu Peninsula for a month, before heading back to Victoria for the winter. To be more precise, on the Bellarine Peninsula.

Why all this back and forth? Because we still hadn’t played Royal Melbourne Golf Club! This was our last attempt.

We had been planning to stay in Victoria for five weeks, and unfortunately because of COVID, went into lockdown three times during this time. The first two weren’t too bad because we were house sitting. While there, we had the opportunity to help as volunteers in a wildlife sanctuary and had an unforgettable experience.

But the third lockdown hit us. Where should we stay? When would we be able to go back to South Australia and then continue to Western Australia? An uncertain time had dawned, and high numbers of infections meant that there was no end to the lockdown in sight.

How to get around in Istanbul